Jo Moraiz discovered the beauty and the fun of swimming in Biarritz waves when he was a kid. The ocean soon became his best friend. With a couple of friends (also from Biarritz) he is one of the first French Surfers.

In 1962, Jo Moraiz represents France during the first surfing world Championship in Peru. Although surf is just a “new thing” at that time, in 1695, he decides to open the first French surf shop in Biarritz. One year later, he inaugurates his own, now worldwide known, surf school. 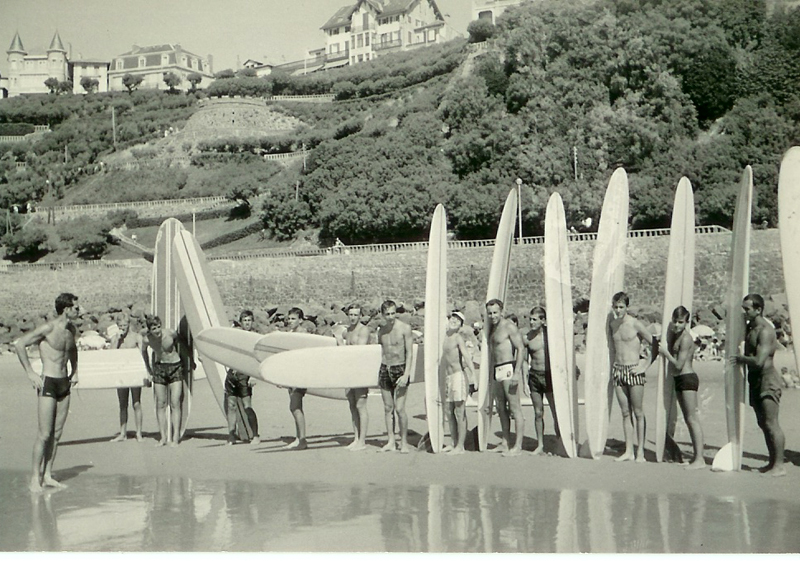 Nobody seems to notice him when, in 1966, Jo Moraiz starts his surf courses. People do not pay much attention to him, not even local sportsmen, but he does not give up. However at the end of 8 years he begins to be very popular. Thanks to his long experience, he initiates the first (and still today the only one) surf teaching method. This method will, of course, be adopted by the French surf federation, on which national and federated licences will be created. By his teaching quality, Jo Moraiz, contributes to give Biarritz the “European Capital of Surfing” image.

Jo transmitted his surf passion to plenty of various people. His son, Christophe, has been growing up “breathing” surf every day. He surfed on his first board at the “Côte des Basques” beach when he was 5 years old, and joined the lifeguard team for 5 seasons long when he was 18 years old. Then he gets his BEES surf in order to share his passion working with his father.

Jo dies in 1999. Christophe takes over and perpetrates the same passion, experience and spirit of the Jo Moraiz surf school, a school created more than 45 years before.